How can you make your favorite bread pudding even better?  Swap in donuts in this Krispy Kreme bread pudding recipe that will have your tastebuds dancing!

The All Created office was buzzing this morning when someone came in talking about an amazing dessert that they had enjoyed the previous evening.  Already a big donut fan, she had hit the jackpot with the discovery of this dish that combined the lusciousness of Krispy Kreme with a traditional bread pudding recipe.  She was floating on a donut cloud and had all of us salivating over the thought of this decadent treat.

Well, of course we had to know how to make this ourselves!  Someone mentioned that Paula Deen had featured this recipe on her show several years ago, so we wanted to share it with you!  Paula credits this recipe to a friend of hers and boy did he hit it out of the park.  In addition to donuts, he adds fruit to the mixture and then tops it off with a lovely rum glaze.  The reviews that we have seen have this dessert flying off the table.  Try it out for yourself! 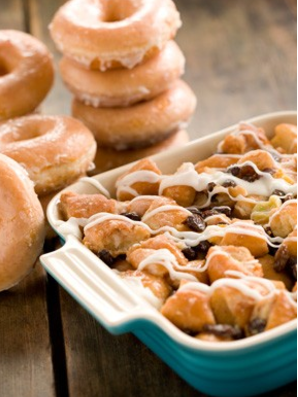 Here’s what you will need to make Krispy Kreme Bread Pudding:

Head on over to Paula Deen for the video segment and complete recipe. 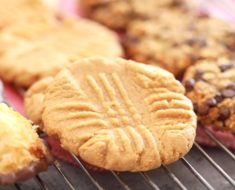 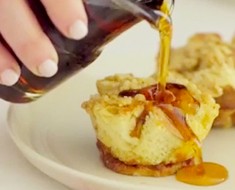 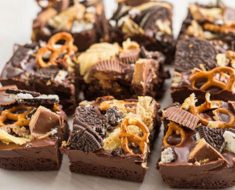 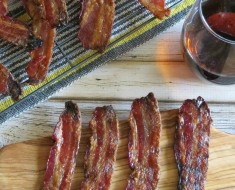 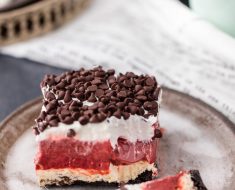 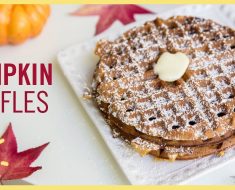